For students preparing for missionary service in the FMC.

Member of the FM Church in Smiths Falls, ON and long-time Christian teacher.

To assist seminary students of Free Methodist churches in Canada, who achieve academic excellence, in a Master of Divinity program or the equivalent. 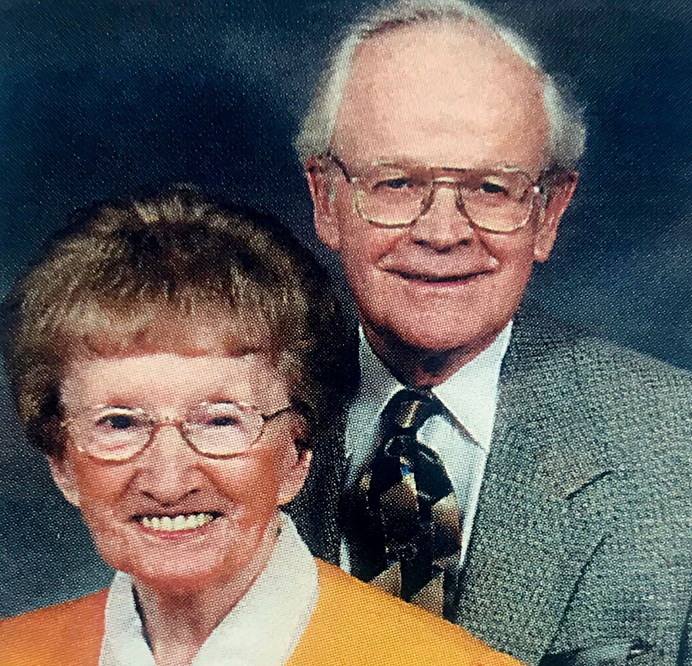 Upon completing school, Carmen initially began work in pharmacology at the Kingston General Hospital, but later moved to Toronto to work for the Toronto Transit Commission. There he met Louisa and through her influence became a Christian. They were married in 1950.

They attended the Toronto Broadview FM Church, where he served as Treasurer. Later he was active on a committee to build a new church on Warden Avenue, Wesley Chapel FM Church. They became members there and he again served as Treasurer, making his combined service record 50 years. He also served on the Board of Directors of the Lorne Park Foundation for more than thirty years.

He completed a long-service career with the TTC. After his retirement, they continued living in Toronto and remained active members at Wesley Chapel until their deaths.
They are buried in the Moscow Cemetery near Yarker Ontario.

Born near Sherbrooke, Quebec, and married Margaret Cooke of Arundel, Quebec in 1909. They had six children, Willard, Carman, Alma, Luella, Ruby and Grace.

Rev. Bowen, with his wife, completed 50 years of active ministry.

Born at Vasey, Ontario, the last of nine children. At age six his family moved to Saskatchewan. He attended Annesley Bible College in Ottawa. Following several years of pastoral service in Canada, he went to China as a missionary.

Early in his service in China, he became engaged to Helena Lillian Freeman and they married the day she joined him in China in 1913. They served three terms until forced to leave by the Communist invasion. The Caswells had six children, Evelyn, Lloyd, Mabel, Ina, Sidney and Gordon – five born in China.

Awarded to college, university or seminary students who are full members of a Canadian FM church, with preference for those studying for missionary work, especially medical missions.

Member of the Wesley Chapel Free Methodist Church in Scarborough ON. This scholarship was created by his wife, Ollie Mae Brown.

To assist persons with financial need who are studying in preparation for service as ordained ministers in The Free Methodist Church in Canada. 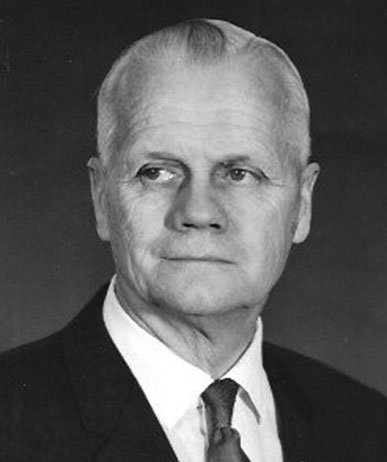 Born in Brantford to Rev. M.O. Coates and Elizabeth Jane (née Hill) Coates. In 1930 he married Elva ‘Aleta’ Ecker (1908-2000) from Wisconsin. To them were born two daughters, Marilyn and Helen.

William and Aleta Coates gave pastoral leadership in West Ontario to the Charlemont FM Church from 1947 – 49. They went on to pastor two Free Methodist Churches in Oregon from 1949-62. In 1962-63 he served as Business Manager of Los Angeles Pacific College (now Azusa University). They then gave pastoral leadership to two FM churches in the California Conference (1963-71), before returning to Canada to retire in Dresden, Ontario. They are buried in the Dresden Cemetery. 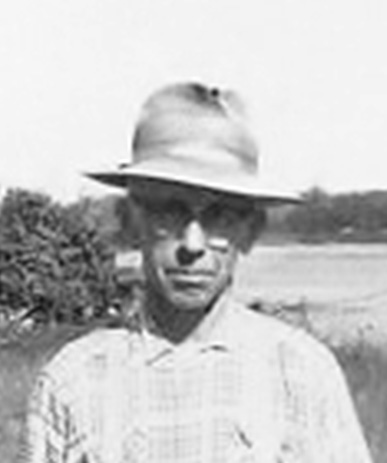 He was born in Brantford Ontario to David E. Hill and Lucinda Hyndman, and was a first cousin of William A. Coates. He married Marguerite Byers in 1921 and they had one son, Lloyd, who predeceased them leaving no progeny.
Bruce was a farmer by occupation. Bruce, his wife and son are buried in the Free Methodist Cemetery in Kelvin, Ontario, the land for which was donated to the FM Church there by his parents.

To assist ministerial candidates of the Canada Great Lakes region of The Free Methodist Church in Canada who have financial need, exhibit potential for scholastic achievement and future leadership, and who are students at a Free Methodist college or approved seminary. 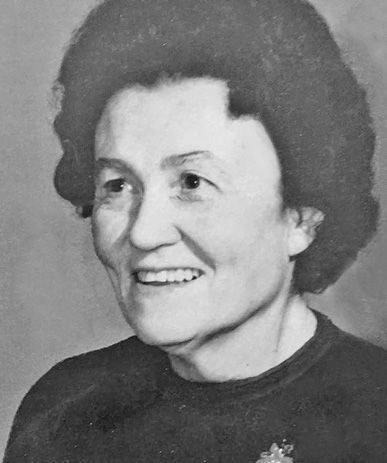 Wife of Rev. E. A. Cooper. To them were born two daughters, Rilla and Barbara.

With her husband she served in 12 pastoral appointments, and while he was Superintendent of the Great Lakes Conference. She taught Sunday school classes and served in Christian Youth Crusader camps over a period exceeding 40 years. She served as Conference President of the Women’s Missionary Christian Fellowship and taught for 2 years at Lorne Park College. She wrote for the Winona Lake Sunday School Journal over a 13-year period and was in regular correspondence with people serving in several overseas mission fields.

To assist Christian students with financial need in overseas conferences of the Free Methodist Church in pursuing practical studies, including Bible School training.

To assist college or seminary students of The Free Methodist Church in Canada who are preparing for Christian service. 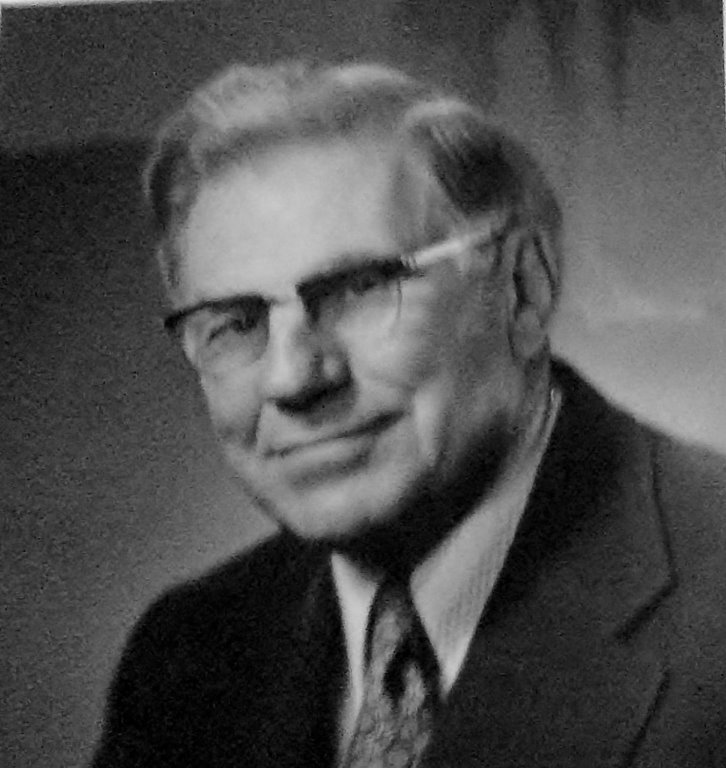 Son of a Free Methodist pastor, married to Annie Humphrey. They had two daughters, Grace and Eunice.  Leslie A. Freeman lived from 1907 to 1995.

Leslie Freeman was a long-term lay member of a Free Methodist church in Hamilton, Ontario. His professional career was in teaching and education; when he retired he was the Superintendent of Public Schools for the Hamilton Board of Education. For 45 years he served on the boards of both Lorne Park College and the Lorne Park Foundation. He also gave leadership in several capacities in the national church prior to the formation of the Canadian FM General Conference.

To assist qualified students in pursuing higher education with an emphasis on training for lay service.

Claude A. Horton Award for Leadership 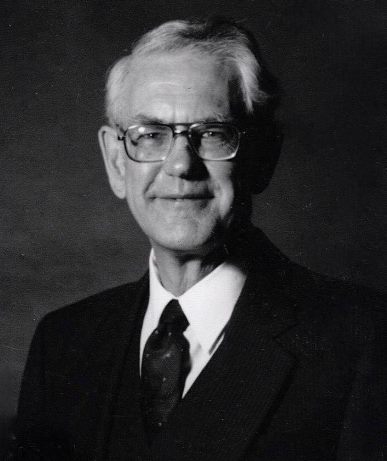 Gave exceptional service to the Free Methodist Church as a pastor, superintendent, educator and administrator.

He served as the President/Director of Lorne Park College Foundation and as Executive Secretary of The Free Methodist Church in Canada. Some of his pastoral ministry was in the United States and there he assisted with the international Free Methodist radio program known as the “Light & Life Hour”.

To assist theology students in preparation for Christian ministry and to encourage the development of competent pastoral leadership.

To assist students at the undergraduate, seminary or doctoral level preparing for service as ordained ministers in The Free Methodist Church in Canada. Priority will be given to those majoring in Old Testament Studies. 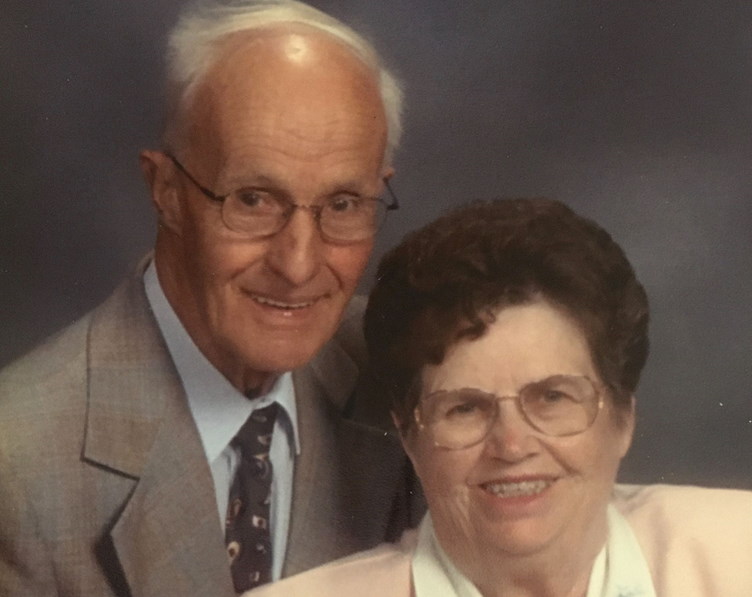 Reynolds was born on a farm near Stittsville, Ontario, the eldest of six children. In 1941, he joined the Royal Canadian Air Force, serving at several bases in eastern Canada. In 1944, while serving in Windsor, Nova Scotia he attended a Nazarene Church and received Christ as his Saviour and Lord.

Shortly after discharge from the Air Force, he felt God’s calling into Pastoral ministry. He completed his theological training at Bible School in Brockville and was ordained Elder in the Holiness Movement Church, which transferred to the Free Methodist church following the 1959 merger.

In 1950, Eliza Jane Hodgins from Admaston, Ontario and Reynolds were married. Their family comprised four children, Bill, Stewart, Bonny and Anne. Eliza Jane was a dedicated homemaker and gracious hostess; Reynolds’ pastoral ministry was known for reaching out to others through his infectious love of people. Together, over a period of more than 50 years, they served at nine different churches in Ontario and Quebec, and for some of these he was the church planter.

Reynolds had a keen interest in community service, serving one term on the Whitby School Board, and in political parties emphasizing Christianity and free enterprise.

Rev. Mainse was a missionary to Egypt under the former Holiness Movement Church who gave many years of service to the Church as a missionary and pastor. He was married to Elva Bishop Mainse in his retirement years. She was a long-time member of Wesley Chapel Free Methodist Church, Toronto.

To assist lay or ministerial students in pursuing post-secondary education or seminary training, in theological Biblical or related courses, for the purpose of strengthening their Christian service, either as ordained or lay workers in The Free Methodist Church in Canada.

Originally from Verona, Ontario, a long-time missionary in the Free Methodist Church. 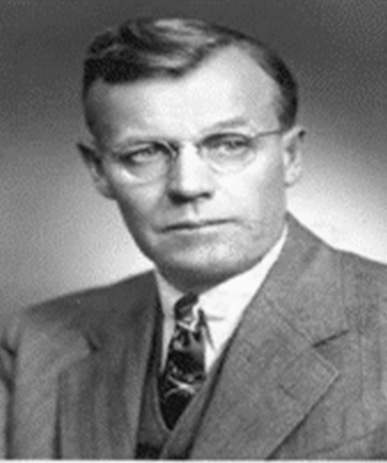 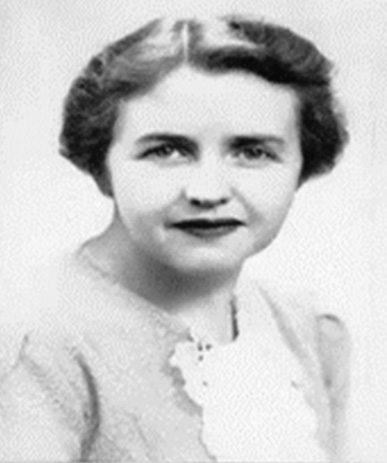 They were residents of Bracebridge Ontario and were married there in 1915. Into their family were born two daughters, Winnifred and Wilma, and two sons, Stanley and Gerald (Gerry).
They were long-term members of the Bracebridge Free Methodist Church. He was a partner in a family-owned business in Bracebridge, JD Shier Lumber Co. Ltd.

Prior to their marriage she was a public school teacher in the Muskoka District, teaching by preference in some of its rural schools. After their children were grown she continued teaching as a supply teacher. She was a thoughtful Bible scholar, well-liked Sunday school teacher, and served often as a very capable lay delegate for the Bracebridge FM church to the East Ontario Annual Conference.

Both are buried in the Bracebridge United Church Cemetery.

To recognize a Free Methodist student, graduating from a college or university, who has achieved academic excellence.

From the Greater Kingston Area in the Canada East region of The Free Methodist Church in Canada.

To assist students of The Free Methodist Church in Canada who are preparing for missionary service.

Donald Lloyd Snider was a member of the Verona Free Methodist Church. When he died in a tragic car accident, his church family and friends sponsored this scholarship in his memory.

For students preparing for youth ministry in The Free Methodist Church in Canada. 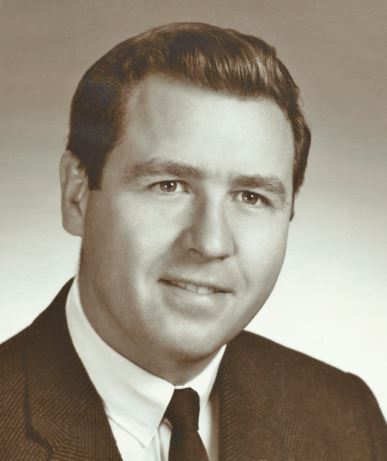 Born in Mountain Grove, north of Kingston, ON to Rev. Donald and Esther White, a Free Methodist pastoral family having four children. After high school in Belleville, Bill moved to Toronto, completed an Electronics Technology program at Ryerson Polytechnic (1966) and then worked in Belleville at Bell Canada Engineering.

After his marriage to Myrna Sine in 1968, Bill felt the call of God on his life and returned to school, graduating from Roberts Wesleyan College in Rochester, NY (1971) and Asbury Theological Seminary in Wilmore, KY (1973).

Returning to Ontario, Bill gave eleven years of pastoral service first at Picton Free Methodist Church and then Warkworth FMC. While serving at Warkworth he began part-time service as chaplain at the federal Correctional Institute there, then transferred into full-time chaplaincy.

Three sons were born to Bill and Myrna – Donald, Derek and Grant. Bill loved hunting and outdoor sports, especially hockey. He was also very involved with his sons, supporting and encouraging them in all areas of their lives.

He passed away suddenly on May 5, 1986 while serving as Protestant Chaplain at Warkworth Penitentiary. He is buried in Crawford Cemetery in McDonald’s Corners, ON.

For Free Methodist ministerial students who are pursuing a career in chaplaincy.

Provide us your contact information and our office will be in touch soon.

It's a very simple, convenient way to give.